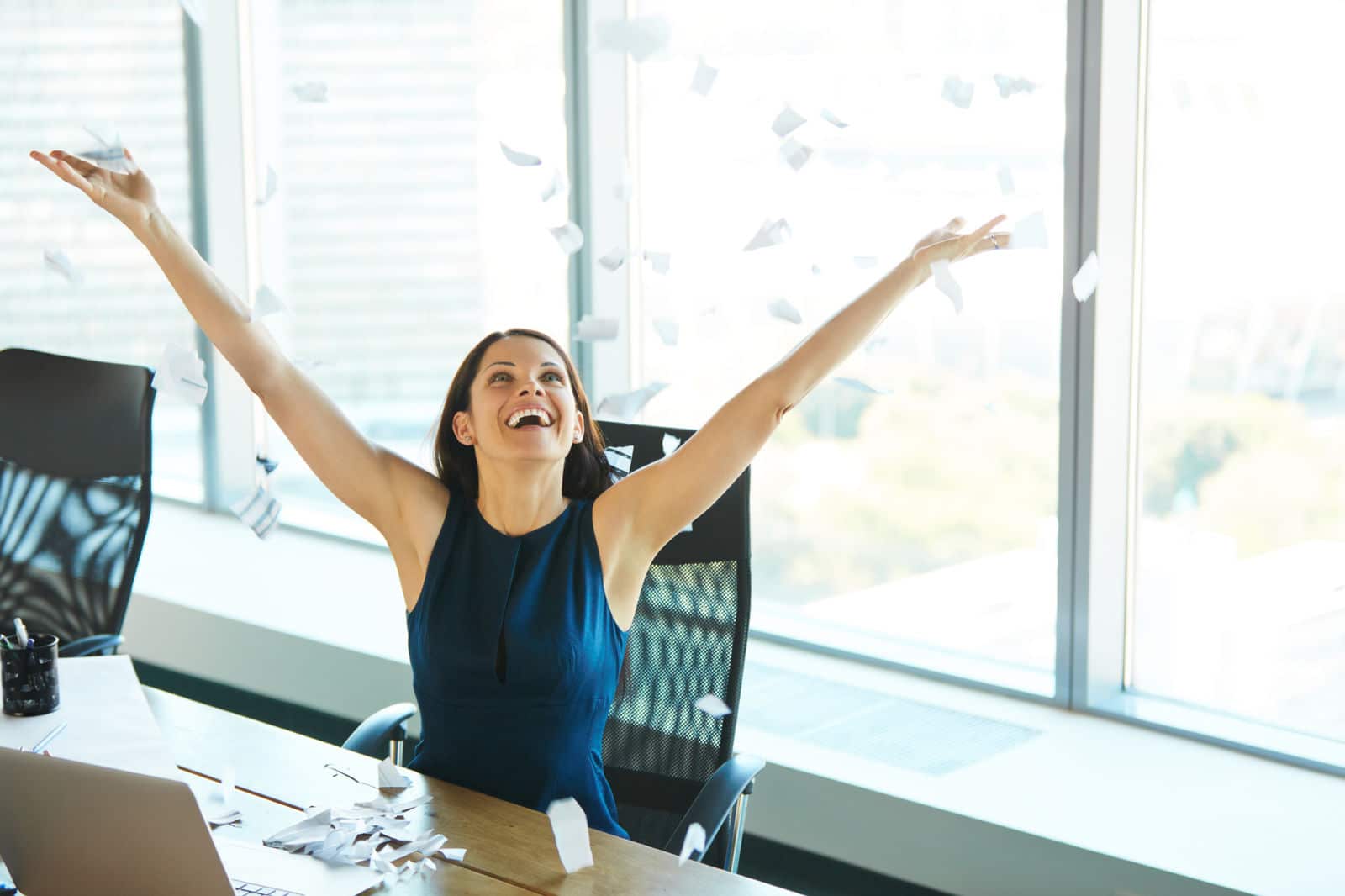 Update: I can no longer recommend WP Hosting Spot. Matt sold it and the service is not the same high quality it used to be. I switched all my websites to Kinsta.

I recently shared the story about how I migrated away from WP Engine for the first time. I’ve been very happy with the performance and support I’ve received from Jesse and LittleBizzy for the last few months. They’ve handled surges of 300,000 page views a month without blinking an eye, or charging me extra (ahem… WP Engine). I’ve had the freedom to choose my own plugins, experiment, hack the database and call out for help when I need it. I don’t get a support agent who will leave me hanging for four days, I’ve got someone who deeply understands WordPress, who designed and configured the hosting setup and who takes my constant suggestions for how to improve performance with good humor, even when I’m off the mark.

As happy as I was to get one of my more popular sites off WP Engine I still had 7 others treading water over there. After learning more about how WordPress MU destroys performance on a website I decided to break apart my WordPress MU instance on WP Engine into seven separate instances. I first considered moving to LittleBizzy, but Jesse’s focus is not hosting multiple sites on a single instance – he brings stellar performance to high traffic websites.

I was planning to rearrange everything on WP Engine but I ran into a snag that made me reach out to the WP Engine support team.

WP Engine – Getting Your Website Working is Out of Scope

My setup on WP Engine was such that I had a single WordPress MU instance running 7 sites. I created a number of single user instances on WP Engine. The goal was to over time extract each site out of the MU instance into their own separate instance. I didn’t have the time or energy to do them all at once, and wasn’t interested in searching for another WordPress host. I figured once the sites got large enough I would just migrate them over to LittleBizzy.

I extracted my first site from MU a few months ago, and was going back to move the second site. For some reason I couldn’t get the site to correctly load the seperate instance, it kept loading the MU version of the site. I doublechecked DNS, gave it a few more days, flushed my DNS cache with no luck. So I reached out to support.

When I moved the first site, Technology Poet, WP Engine had helped with some configuration in the WordPress MU instance that I couldn’t do myself. I figured it would be a simple matter to get the second site extracted. This assumption was incorrect.

The support chat started badly when it took a few tries to explain to the agent what I wanted to do. She asked me fairly basic questions about my install that she should have been able to see from her side. I was eager to get the site extracted, so I answered the questions, hoping to quickly bring the chat to a successful close. After about 20 minutes she eventually understood what I was asking and pointed me at a help resource that asked me to get in and edit a bunch of WordPress tables in phpMyAdmin.

I’m not one to shy away from hacking at a database, but it had just a few too many dependencies on how WP Engine had setup WordPress MU that I asked her to do it for me. Bear in mind, that this was the same operation a support agent had done for me a few months back so I felt hopeful it would be a simple matter of her confirming she had my permission to change the database and we’d be done.

But instead she said, ‘I’m sorry Dave, I can’t do that’. Well, she didn’t say that exactly, but it felt equally as cold as something HAL would utter. I petitioned her, mentioned that the previous support agent had helped me out in this situation. At the very least I expected an offer to escalate to a specialist. Instead she responded, ‘They shouldn’t have done that, it is out of our scope.’

I paused for a second in disbelief, closed chat and resolved to move away from WP Engine for good. Forever. That day if at all possible. I reached out to Brian Jackson for advice on WordPress hosts. I had been following Brian for a few weeks, and have been impressed with his performance suggestions. I’ve implemented a few already to good effect and I trust his recommendations. I was looking for a managed WordPress host that was focused on performance, had plans for 10 sites under $100 (or so) a month, and offered great support.

I don’t take choosing a WordPress host lightly. Migration is a pain. It usually involves downtime and many hours spent cleaning up WordPress links, images and such. Since I wanted to start fresh it would also invovle plugin and theme setup.

Matt cheerfully answered dozens of my questions. ‘How long have you been in business?’ – Four and a half years. ’Why PHP7? Isn’t that too bleeding edge?’ – PHP7 is on RC8 and almost released, it’s been running well for WP Hosting Spot clients and offers a 50% performance improvement over PHP 5.6. And many other questions about infrastructure (VULTR, SSD instances, Nginx, KeyCDN, …), configuration, support, backup, versioning, restoring, … You can find some of the details on the WP Hosting Spot website, and from there you can start a chat with Matt if you have more questions.

Matt offered me a free trial for a few days, but I was satisfied with his answers, and wasn’t interested in flipping back and forth between hosts. Like Jesse, it was clear that Matt deeply understood what it takes to get WordPress running FAST.

There are so many I appreciate, but a few that really stand out:

I’ve only been using WP Hosting Spot for a few weeks, but I’m already impressed. I am now experiencing EXTREME performance on my websites, even though it’s only running on a 2 core 2GB VPS. Lets take a look at the performance when I was running on WP Engine. The WordPress setup that I can control was very similar to what I run now – Key CDN, Cache Enabler and the same cast of plugins.

It’s pretty decent at just over 1s. That’s faster than most websites, and well within what a user would consider fast. I select my themes and plugins carefully to avoid degradations in speed. Being so fast already I would consider it impressive to get a further 10% or 20% improvement.

Here’s what I got:

Yes, that’s 257ms – 75% faster than WP Engine. I’ve had websites where the server response time is slower than it takes to load the entire page. It still blows my mind that I was able to get such an impressive speed up on an already fast website. If your website takes 5s or 10s to load today, you’d be looking at reductions in page load time of 3s-7s. Those kind of improvements are almost guaranteed to have a significant impact on search engine rankings and customer conversions.

I added a few more images that added just under 150ms to page load time.

One Area For Improvement

WP Hosting Spot (and LittleBizzy) are among the best Managed WordPress Hosting solutions I’ve used, but no review would be complete without a few niggles.

I’m not a fan of the backup technology that Matt used to use for WP Hosting Spot, Updraft Plus. I find it extremely confusing to setup, and I still haven’t been able to get scheduled backups working. By leaps and bounds I prefer Code Guard that Jesse uses on LittleBizzy – it’s simple and reliable. I would be happy to pay a little bit extra to have Code Guard included in the WP Hosting Spot plans. Though I’m not quite yet willing to pay for it directly – the monthly cost is quite expensive if you’re only running a few sites (but a lot cheaper for those running dozens or hundreds of sites).

I know Matt is actively looking for alternatives for WP Hosting Spot. One of the things I value most about WP Hosting Spot is Matt’s constant and neverending quest to improve your website and make it faster.

WP Hosting Spot is awesome. If you care about performance you owe it to yourself to check it out.