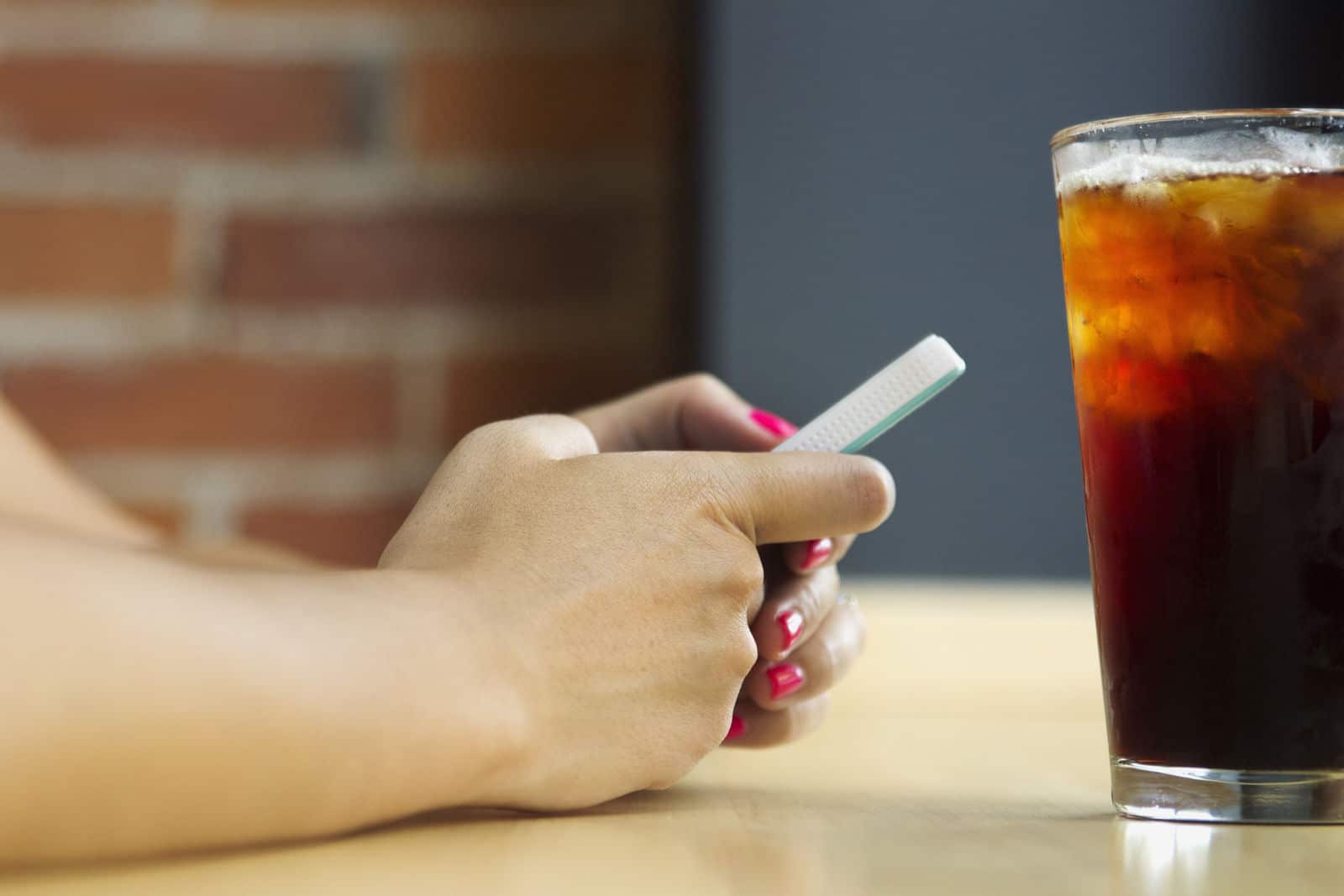 Ever since Apple announced Apply Pay my Twitter and Facebook streams have more than a few posts comparing iPhone 6 to the Nexus 4. 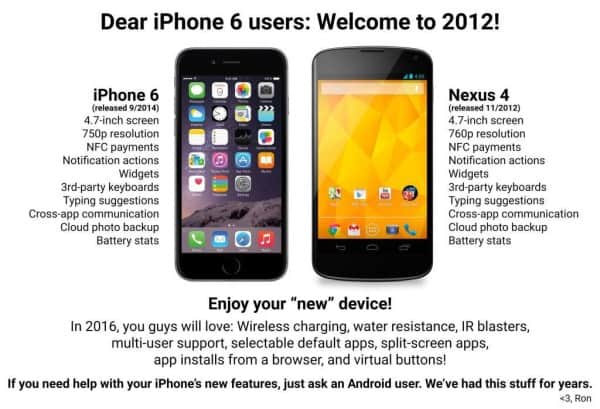 Usually they all poke fun at the fact that various features that Apple is hyping have been around in Android for years. Like the image above.

They all miss the point.
Throwing a grab bag of half working features together to create a confusing and crummy experience does not indicate that your product is more advanced. It only indicates that the manufacturer valued feature lists over customers actually using and enjoying the scenarios you enable.
In just one example, NFC payments has been a failure up until now. Despite Android having this for years. I’m willing to bet that Apple make NFC successful. And because Samsung and everyone else will copy Apple, they will drag Android along for the NFC party.

Android fans will yell that NFC was first on Android. But it is so much more than just an engineering problem. It requires a keen design over the end to end scenario, doing the hard partnership work to seed an ecosystem with payment processors and a platform that app developers can build on. And as Ars points out, timing is a crucial part of delivering a successful product as well.

Apple is about so much more than just blindly implementing the latest technology. They focus on how to make it work in the lives of people outside the tech industry.

I’ve worked in the tech industry as a Product Manager for 14 years, and have seen this mistake over and over again. Tech companies approaching a problem as an engineering problem when it required so much more. Most successful products are a combination of brilliant engineering, thoughtful design, well executed partnerships and a keen business strategy. If you think about it for a moment, some great products you know and use every day fall into this category:

As a technologist it’s easy to get wrapped up in the technology, and miss the true genius behind a great product. Avoid that temptation. Deliver something that users, partners, and your shareholders will love!