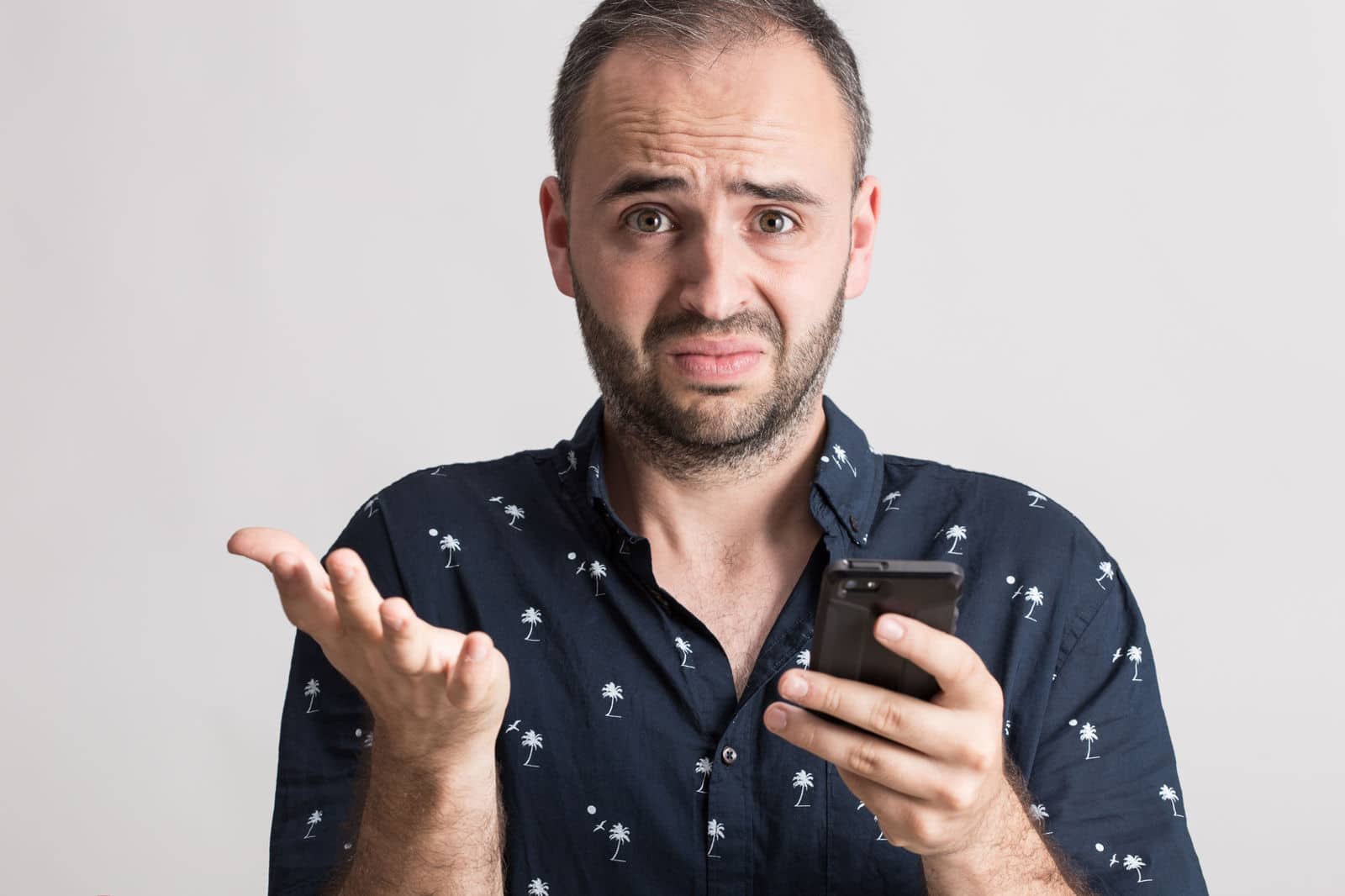 The following is a stream of conscious thoughts on my experience unboxing and using a Nexus 6 for the first time. I would not have done this, were it not for a work project that required using an Android phone.

Before I could view my first email, it took me a total of:

I left Android 3 years ago for an iPhone, and at the time I was adamant I would NEVER use Android again. Though part of me hoped they would improve the experience enough to keep Apple on their toes. In that I was clearly mistaken.

I apologize to the engineers, designers, product managers and many others who worked on the Nexus 6 and Android software. I know that you have poured your heart and soul into what is created, none of this is meant as a personal criticism. I hope you can use my frustrations and the underlying sentiment – Android isn’t good enough – as fuel to provide Apple with a worthy competitor in your next release.

Unboxing a Nexus 6 – by an iPhone user

So I have to use an Android device (a Nexus 6 FWIW) for a project at work, and all I can say is, ‘OMFG it is still the most horrible experience one can imagine.’

It’s been 10 minutes since I turned the device on and it’s still not up and running.

I hadn’t planned to write anything about this, merely to get the device ready for work on Monday. Yet after 10 minutes it was clear that the experience was going to be so awful I had to take notes.

I’ve entered my password and OTP twice, I’ve gone through a barrage of confusing screens, had a system update as the first thing I see, my notifications bar is littered with crap that keeps buzzing that I haven’t signed in because, I guess signing in twice isn’t good enough.

Three years ago I ranted about all that was awful with Android as I finally joined the hallowed presence of iPhone owners. And not much has changed.

Android is the Windows of mobile Operating Systems. With a terrible user experience, confusing options, no thought at all to the first run experience, dialogs that profess what is best for the system not the user, and that’s not even counting the security issues and lack of updates that most Android phones go through.

I’m not going to harp on thee awful USB connector that you have to try three times before you get it the right way, because I know this is finally on the way out, 3 years after Apple introduced their lightening connector.

As I sit here waiting to use the phone, I’m prone to wonder, ‘Why do my apps need to be optimized before I can even turn it on?’

15 minutes now and I still haven’t been able to actually use the phone.

It’s a joke. It’s literally the worst computing device experience I’ve had since the last time I used an Android phone.

I don’t have any words to say, other than I’m sorry for all Android users who have to go through this. Nexus is supposed to be the premier Android phone line, yet my experience so far is awful.

Android flashed to ask me for my pin code, which I enter and nothing happens. It turns out you have to press enter after entering your pin. That seems like an exceedingly poor choice. Why on earth would you require that extra touch on a phone for an action you do dozens of times a day?

The last update and reboot just finished, and wouldn’t you know it, I have to install another update. Which is another restart and install.

Will I even be able to use my phone within 30 minutes of unboxing?

Now the little android man is updating with unreadable ‘Installing system update…’ in the tiniest font. It’s almost as if Android is ashamed to be updating for the second time – you should be ashamed. What’s the bet it’s going to optimize my apps all over again?

If I’d known it was this awful I would have done a youtube video just to shame it, but I’ve already wasted too much time on this.

Oh, my PIN again?! I’ve logged in now almost 10 times to the phone and services, and I still can’t use it!

The incessant need to press enter after the PIN is starting to wear on me. Do people really put up with this every day? And there’s no fingerprint reader, so I’ll have to do this EVERY SINGLE TIME. I use the phone.

I was right, apps are optimizing again. It just did that 5 minutes ago. W. T. F.

Okay, it looks like it will let me in.. lets see. No home button so I have to swipe up and do the dance with the enter for PIN again.

Random beepings leave me now with three icons in the notifications area – two of which are mail. Are there two mail apps installed?

Oh you’ve GOT to be kidding me. It’s asking for a 3rd system update!

25 minutes in and all I’ve done is enter passwords and update the phone.

Trying again. And it’s optimizing again. Be cause, why not?!

Ok, it looks like I’m finally in. Let me wait a second to see what else it wants.

Why is the home button only visible sometimes? That’s weird. I’m assuming the triangle is back, now I wonder what a square would do. Looks like it’s an app switcher. It’s a little awkward to have to move my thumb so far to switch and dismiss apps.

I’m going to check for an update manually just in case it missed one… Turns out I didn’t, yah!

Now hangouts is open in the background, and the first thing I see is it wanting me to accept SMS’s over it. Ok, I’ll do that, but why ask me right up front? So I’m in hangouts and my profile picture only shows correctly on some screens. Is it broken? 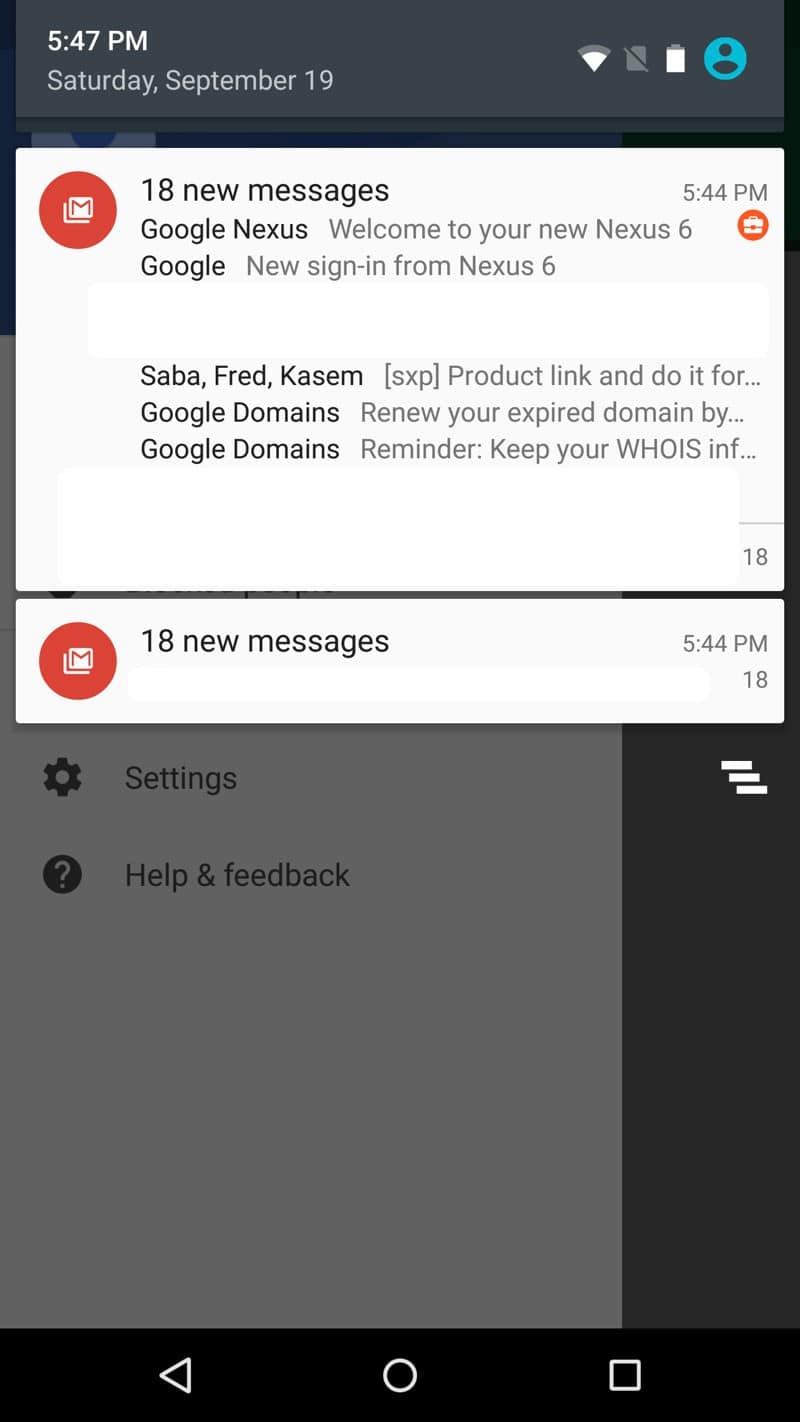 So I took a screenshot, and now I’ve got yet another thing sitting in the notification area?! Am I going to spend my life just keeping notifications clear? 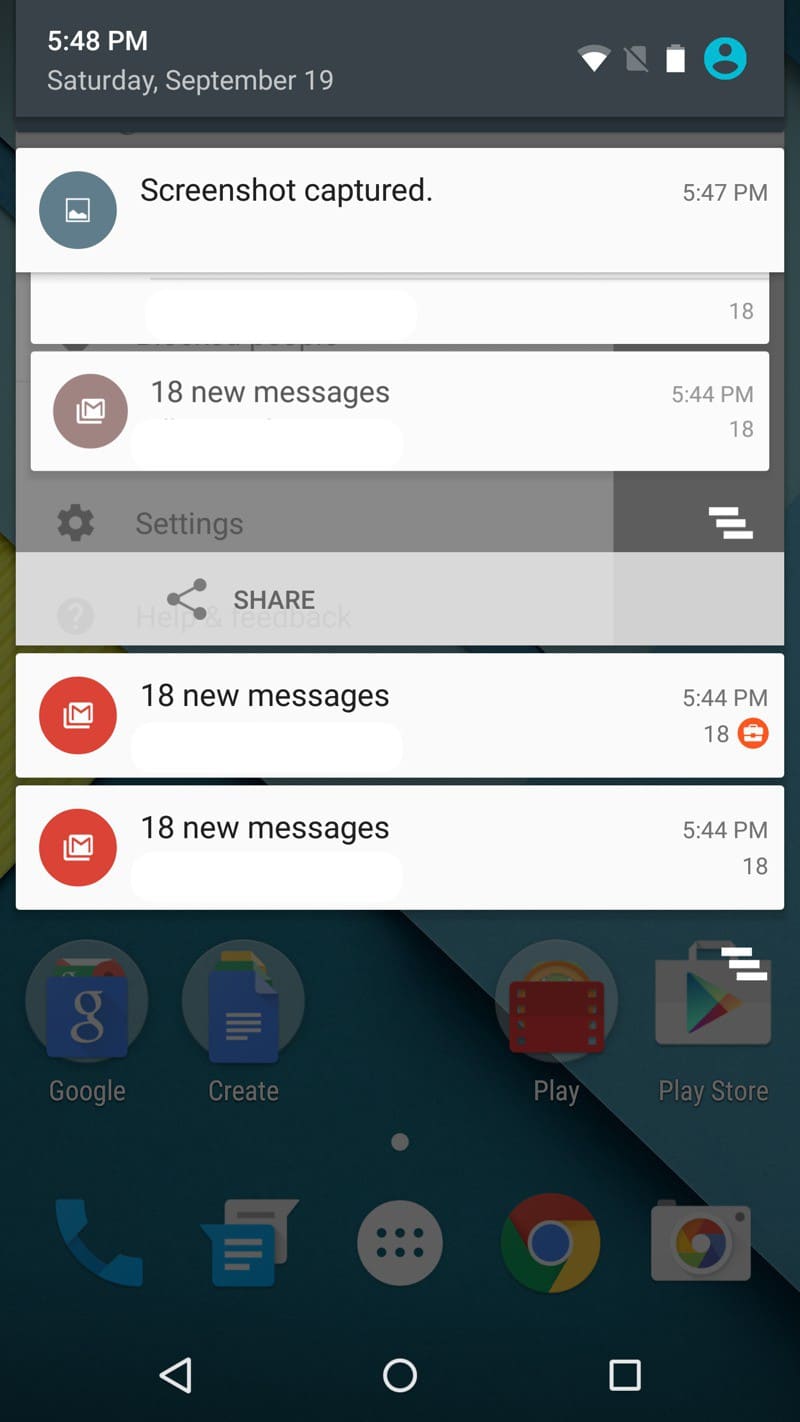 And if you’ll notice closely the notification contains messages I’ve received – which, I don’t know how they chose this font and treatment, but it’s literally impossible to determine this from a glance.

OMG!! I click on the mail notification and now I have to watch a video about gmail. I’ll skip this. 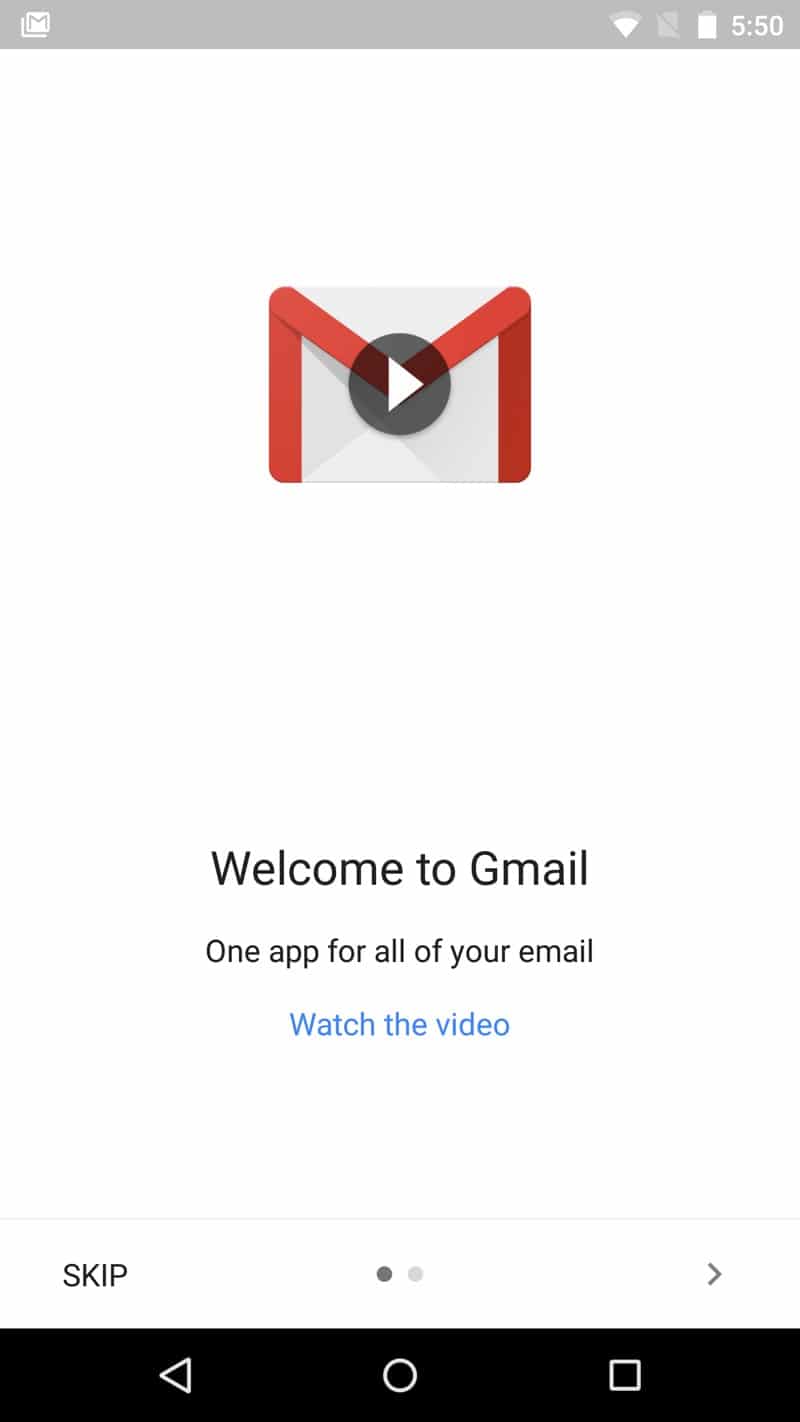 And instead of just taking me to my email I’m shown two promotion screens and another one that asks me to add another email address? Why not offer this option later?

And I’m finally in.

35 minutes from turning on the device to being able to read my first email.

A few other observations:

I’ve grown weary of Android, and at almost 1,500 words I think I’m growing weary of writing about how awful it is.

I had truly hoped for better

Written like a true Apple fanboy/fangirl.
I stopped reading when after nagging about updates you still went and manually checked for more “just in case it missed one”. Unbelievable. How ridiculous is that.

Hey Mike, I’m absolutely happy to admit that I’m an Apple fangirl, largely due to my experience on both Apple and Android devices. I actually think it’s reasonable after multiple updating cycles to check what was missed – if you’ve… Read more »

After reading your article, I am happy to openly say, that I am one of the few Apple to Android users. Apple has created an interface so easy, my barely out of diapers nieces are able to navigate them. I… Read more »

And it keeps getting worse. it went from annoying to absolutely unbearable. I’m very close of forever throwing anything Android related in the trash and just buy an Apple devise. Because they work! And they got annoying stuff too, like… Read more »